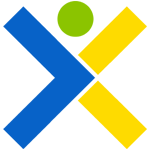 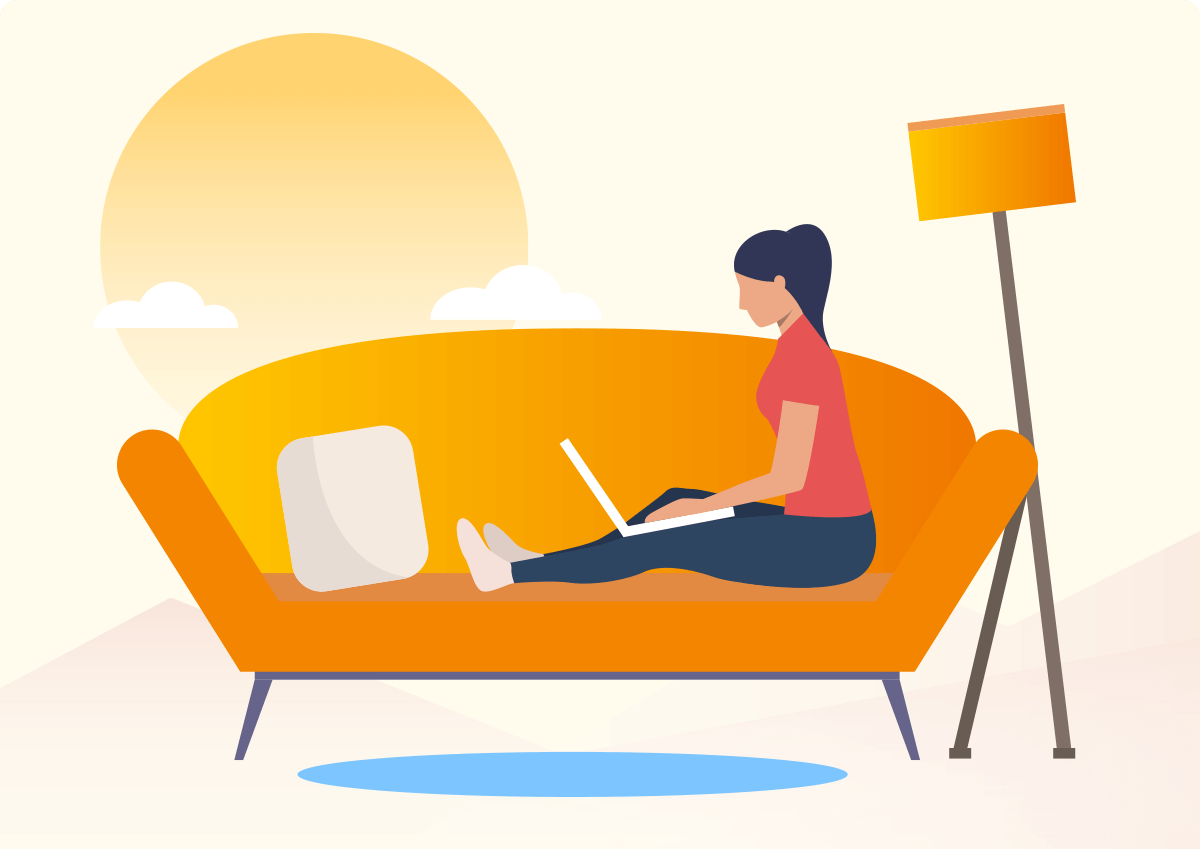 As the face of international business changes, so do the languages used to communicate. From professional networking and academic collaboration to transport and traveling, the business world requires business owners to use different languages in order to scale up their companies. Even if you’re a small company and aspiring to sell your services and products to different linguistic backgrounds and cultures, you need to take its content to the next multilingual level.

There are more than 6,000 languages worldwide, and it seems difficult to pick the most critical languages in order to impact your overall earnings. When you think about the languages you would like to learn for your business, your first assessment should be looking at your macro level business goals, core target audiences and think about how you see yourself in the coming years.

Your approach also needs to consider global connectivity and how you manage your global content as you devise a globalization strategy. As a matter of fact, languages such as Russian, French, English, Mandarin, and German have dominated the global landscape for doing business.

But these might not be the only important languages in the future. It is imperative to understand which languages are the most important and useful, which will open pathways for securing the most significant return on investments, and which ones will lead the way in the next 50 years.

If you need help deciding the most important languages for your business, we’ve compiled a handy list of the top 10 languages that will help you in initiating global growth for business and marketing content translation.

#1 English- The Language of Globalization

English is the most influential language of academia and the business world, occupying the top in the field of languages, and spoken by over three-quarters of the world’s population. It is used in 94 countries by 339 million native speakers, and it is the de facto language of the United States and an official language of Australia, the United Kingdom, South Africa, and several other countries, making it an essential language for business owners.

Along with this, the English language also retains the number one spot as the most commonly used language by 53% of websites and internet users with 949 million users. Hence, there is no denying the fact that English is the language of globalization, and crucial for those entrepreneurs who want to thrive on the global stage.

#2 Mandarin- The Language that’s Dying to Spend its Money

The Chinese language is the new boss in town, with the most significant number of native speakers (approximately 983 million speakers), while more than 1.2 billion people understand the Chinese Mandarin dialect. It’s the one that you just can’t miss while talking about the best languages for business, as it is the second most popular language among internet users. If Asian markets continue to expand their internet usage, Chinese could be expected to supplant English as the most widely used internet language soon.

The rationale behind this trend is mainly due to the enormous economic shift that China has gone through in the past three decades, from national trade to international trade ties and cross-border treaties to huge leaps in the field of science and technology. And if this trend continues, analysts predict that China will become the world’s leading economy by 2050.

#3 Spanish- The Language of the Fastest Growing American Market Segment

Believe it or not, the United States has recently been cited as the second largest Spanish-speaking country in the world, where an estimated 37.6 million people speak it as their first language. There is no denying that English is the primary language that comes to mind for the USA, but its 50 million Spanish speakers and their small and large businesses might remind you that it’s not the only language spoken in the country.

As the US has the world’s largest economy and the Hispanic population in the US is projected to double by 2050, this makes Spanish enormously important. If you are willing to start your business in the US, or indeed anywhere in the Western hemisphere, Spanish needs to be one of your chosen languages.

With the advancement of technology and networking opportunities, the German economy proves to be one of the strongest and stable within the European Union, with a GDP of over 2.4 trillion Euros. In fact, being able to speak German provides a significant advantage to anyone wanting to pursue international business. The German language is the fourth most used language by nearly 95 million native speakers and a total of 210 million speakers worldwide.

Not only is Germany one of the most populated countries within Europe, but there are also a large number of German-speaking people within the nearby nations of Belgium, Austria, Holland, Denmark, Switzerland, Liechtenstein, and Luxembourg. It is also estimated that the ability to speak German could come with a wage increase of about 4%.

#5 Portuguese- A Continent of Opportunity

For professional business owners, Brazil is the main attraction for doing business. Being the most widely cited science base outside the G8, Brazil has many opportunities to capitalize on scientific cooperation and collaboration, including in the areas of pharmaceuticals and energy.

It’s the largest economy in Latin America, and there are some indicators that recovery is on its way in the next year or so, which means business opportunities there will only continue to grow. Portuguese is also gaining popularity in Asia due to the region’s great diplomatic and economic relations with Portugal and the Lusophone countries. So, if you are aspiring to increase your sales and expand your business globally, learning the Portuguese language will be your best choice.

As the official language of many Middle Eastern countries where business opportunities are growing fast, learning Arabic can be a big plus for business owners. The Arabic language is spoken by 295 million speakers worldwide, and it’s the official language of 28 different countries, including many dynamic, growing economies in the Middle East and Africa. In fact, in the UK’s top 50 export market in goods, six Arabic speaking countries appear with a combined value to the economy that surpasses that of China, Italy and Spain. This is why in a report from the British Council, Arabic ranks as the second most important ‘language of the future’.

French is the official language of over 29 countries throughout the world, and it is the second-most widely spoken first language in the European Union. The colonial history of France has helped spread this language throughout the modern world in the same way as English. This has led to a situation in which there are more non-native French speakers than native speakers.

The French-speaking world also includes Africa, which is proliferating and rich in natural resources. The top 5 fastest-growing African economies include Tanzania, Rwanda, Mozambique, the Democratic Republic of Congo, and Cote D’Ivoire, which French is an official language in 3 of them. While it’s not as prevalent globally as it once was, there’s no question that France will remain one of the United Kingdom’s most important trade partners. French language skills are both necessary and essential for businesses here, and it remains one of the top languages to learn.

Another Asian language with a bright prospect is Japanese with 130 million native speakers and an equal number of non-native speakers spread out in the world. It’s also the sixth language for internet users with e-commerce sales of $88.06 billion. Being the world’s second largest investor in research and development, Japan is one of the most technologically advanced and integrated nations in the world.

In fact, Japan is renowned as a significant contributor to UK prosperity, both as a substantial investor and an export marketer by the British Council. Although the economy of Japan has revealed some signs of stagnation, it’s pertinent not to dismay the ingenuity of Japanese businesses, where, like Germany, Japan has a reputation for excellence in the science and technology sectors. Japan remains at the forefront of cutting-edge electronics scene and robotics, and speaking Japanese is ideal for many opportunities in these fields.

#9 Russian- The Language of Trade and Diplomacy

With 160 million native speakers throughout central and Eastern Europe and in Russia, it’s the ninth most common language in the world and the second most used in website content after English. Due to the historical power of the Soviet Union, Russian is an official language of the United Nations and cited as the most influential Slavonic language in history. The Russian language is also widely used in many of the post-Soviet states, which provides access to new and up-in-coming business potential.

Russian’s importance is not only due to its large number of native speakers but also to the undeniable political and economic power of Russia. With a deep oil and gas reserves and rich culture, and enormous potential for real estate investment, Russian is one of the best languages to learn for anyone who wants to grow their business into one of the most powerful countries on Earth.

Last but not the least, Hindi is the tenth most-spoken language in the world, with 270 million native speakers. But you must be curious why would Hindi be one of the top languages for your localization strategy and business translation? Although India is home to 126 million English speakers, around 85% of the population doesn’t speak English well, and it’s been outpaced by the use of local languages. According to CSA Research report, Hindi increased a massive 67% on the latest on the Top of 100 online languages, mostly due to investment by the government, mobile web penetration, and other initiatives on the subcontinent. All this has set the pace for Hindi on the global stage.

Whether you are hoping to manage a business, improve your international business relations, or just set yourself apart from the mob, learning any one of these languages can give you the competitive edge needed to develop your plans. So what are you waiting for? Optimize your business results with global audiences and gain the first market advantage by learning different languages.

Please help by sharing on: